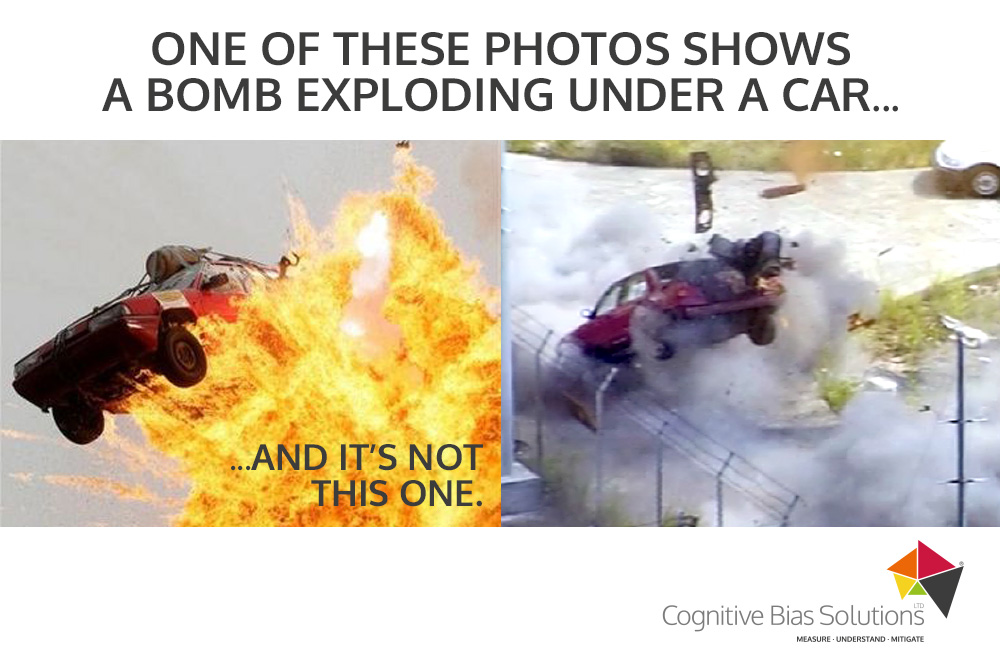 There is only one trade which has almost as much fun as bomb-disposal operators – special effects pyrotechnicians. Their job is to create the pyrotechnic effects which you see in films, including explosions, bullet hits and fires.

Part of my job as a bomb-disposal officer was to investigate incidents where these effects had gone wrong – and I’ve always been indebted to one of the best of the trade, Tassilo Baur, for patiently expanding my background knowledge of explosives, so that I understood those techniques used to create a spectacular effect safely.

Of the many lessons he taught me, three key ones stand out. The first was that sound is irrelevant. To an operator who had spent a working lifetime around detonations, where what you sense, feel and hear can often tell you more than what you see – this came as a shock. In films, the noise of the explosion can be dubbed in later, removing any need to use a true detonation to make an effect exciting.

Another was that realism and entertainment are two very different things. I knew, for instance, that when a bullet glances off a surface, it does not usually emit a shower of sparks. It does in films. Similarly, if you actually blow up a car with high explosives, the detonation does not generally result in a massive fireball. That effect is generated in films by petrol, or naphthalene mixed with gunpowder, perhaps with compressed air lifters to propel the car into the air. All of this makes for excellent eye candy – but not for a documentary.

A third issue was that, in films, you can play fast and loose with time. You can cut and splice film to make events appear to happen in any order you want. You can also slow the film down, so that an otherwise quite tame ‘explosion’ can be made visually more exciting. This has the effect of making the fires associated with them seem much more entrenched.

Aside from dealing with special effects investigations, bomb-disposal operators also deal with scenes of real explosions. Once you arrive at these terrorist or criminal ‘post blast’ scenes, you need to work quickly to establish that there is not a second improvised explosive device – or IED (and, if there is, deal with it). You can then recover the forensic evidence, make sense of it, pass a report on to the investigating detectives and finally present the evidence before the courts.

There are always challenges with these post-blast incidents. The key one is time – the first responders will be on site 20 minutes before you arrive, and the right actions by them to seal the scene (after the injured have been evacuated) make all the difference between a successful post-blast investigation and a protracted nightmare. As a result, we spent much time running training courses to make sure that first responders knew what the threat was and what actions they had to take to make our forensic recovery efficient, as well as effective. We used to pride ourselves on those courses – which were well received… and seemed to be paying off, with scenes properly sealed and controlled by the time we got there. However, it came as a shock when I arrived at a post-blast scene and the first responders had made sure that there was nothing for me to do.

An IED had been placed under the victim’s car and had detonated while he was driving. Police were there first and had removed the driver from the mangled remains of the car, paramedics had evacuated him to hospital and fire services had thoroughly hosed the car down. By the time I arrived, the car was spotless – the forensic evidence had been largely washed down the drain. If there had been a second IED, that had gone too and was now half way down the drainage system on its way to the open sea. In terms of my time, this was going to be the most efficient post-blast investigation on record …not, however, the most effective. I surveyed the whistle-clean car and glistening street, then very gently asked the on-scene fire services commander why he had chosen to hose down my post-blast scene. His reply was that there had been an explosion and so he had had to use the hoses to extinguish the fire. “Was there a fire,” I asked wearily. “Well, no, but there was an explosion,” came the somewhat defensive answer. 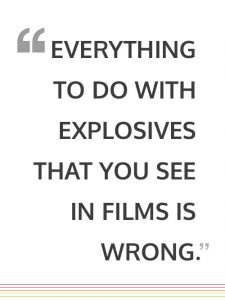 His problem was that a heuristic had been set up in his mind through watching repeated car explosions in the movies. As a result, his mind was trained to expect a large rolling fireball, after the explosion, followed by a conflagration of Biblical proportions. Even though there was no fire, in this case, he had elected (as an experienced firefighter) to wash down the scene with high-pressure hoses.

Heuristics are simple rules-of-thumb, designed to save the brain from effort – you can read more on heuristics here. They exist because the brain is an extraordinarily hungry organ – around 2% of the body’s mass consuming approximately 20% of the body’s energy budget. Anything which can be done to avoid increasing this drain on resources is a useful survival mechanism – and heuristics reduce mental effort. Because they save effort, they become entrenched in the way we think and evolve into cognitive biases. In the case of the fireman, the heuristic gave rise to pattern-recognition biases (you can read more on the way we categorise and report on cognitive biases here) – he expected a fire after a car had been blown up, so he fought the fire, even though there was none.

I have written before about techniques to mitigate cognitive biases. That incident taught me another lesson in how to counter them. Sometimes, the best way to fight an entrenched heuristic is to replace it with a more useful one. From that moment, the focus of every post-blast training session which I provided to the fire services was no longer the stock talk on our co-ordinated response to the terrorist threat, but a variety of subtle and not-so-subtle ways of reinforcing one simple message – everything to do with explosives that you see in films is wrong. In the end, the lessons I learned from Tassilo proved the best for helping the fire services to behave usefully at post-blast incidents. Once they understood how and why films’ special effects were created, how the real thing was different and could call out the techniques involved, when I showed them ‘explosion’ clips from films – I could be tolerably sure that my evidence was not going to be systematically washed down the drain, before I arrive at the next post-blast scene.

There is, however, a price to pay for everything. To the generations of firemen whose unthinking enjoyment of action movies I have probably irrevocably ruined (along with their children and everyone else sitting near them in the cinema – it might have been you), I can only apologise.

« Of nuclear weapons, politicians and cognitive biases » Are you leading as a nitpicker or as a critical thinker?